Friday, August 17, 2007
Last night was a total blast!
Jaime and I arrived at Bidemi’s (and Adrian’s, but he wasn’t allowed to come until the end as per tradition) traditional pre-wedding ceremony around 8pm last night. When we got there we realized that our normal photo outfits of mostly black were very out of place- everyone was wearing beautiful and bright colored chitenges. Everyone looked fabulous!
It’s hard for me to explain how this ceremony happened, mostly because it was in Creole, but I will try to explain briefly. At a traditional Sierra Leonean wedding, the bride’s family would host a party. The potential groom’s family knocks on the door and asks to come in. After some fun and games with some witty answers, they were finally allowed inside. Then there was a “debate” about why they should be allowed to let one of their boys marry a woman from this family.
After they agreed, “potential brides” came down the stairs- first a 5 year old (“too young, we’ll come back for her in a few years”) then an “old” woman (actually an aunt dressed like an elderly Siaerra Leonian!) a cousin, and then finally the “real” bride, the beautiful Bidemi!
Obviously, the groom’s family wanted her. They then presented the bride’s family with a dowry. The bride’s family went upstairs to inspect the dowry to see if it was suffient.
Bidemi and her family came back downstairs to show the dowry off and they agreed to let Bidemi be married to Adrian. Then they decided when the wedding will be. Luckily they decided Saturday would be best, because, well, wouldn’t you know, I already had them scheduled for that date! 🙂
The rest of the evening was spent eating, drinking, and dancing.
Jaime and I had such a blast and we cannot wait for Saturday, where nearly 300 members of their families will be in attendance from all over the world- Sierra Leone, London, Uganda, Ghana… I am so excited!
Enjoy my picture story below (in the colors of their country’s flag, of course) and be on the lookout for pictures from Saturday soon! 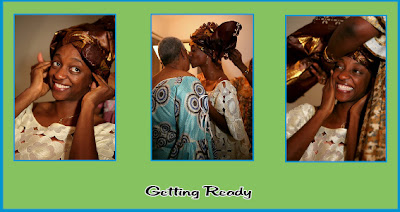 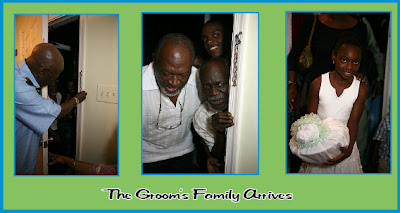 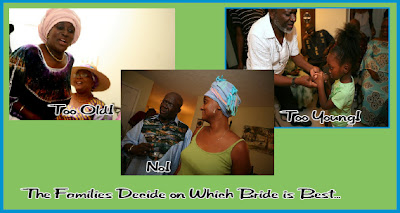 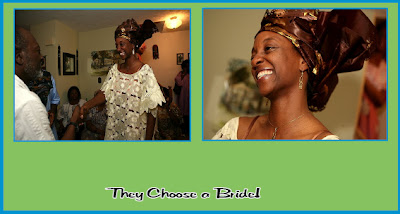 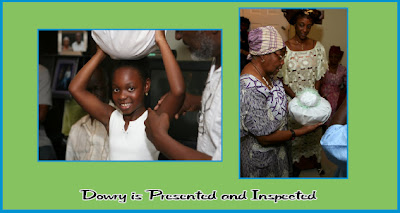 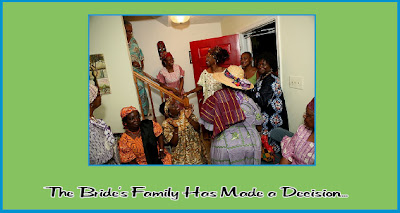 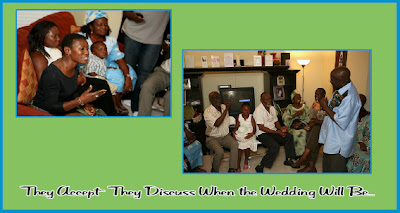 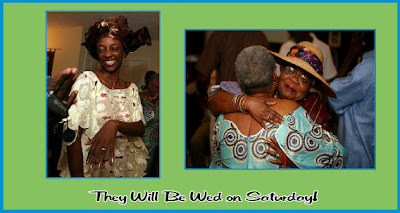 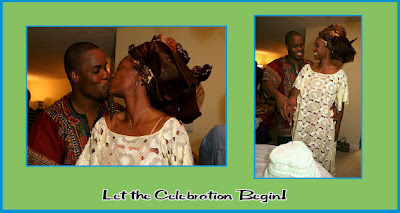