US Campaign for Burma- Washington, DC

Saturday, January 6, 2007
Friday was the Demonstration of Solidarity for Aung San Suu Kyi with Nobel Peace Prize recipients Jody Williams and Shirin Ebadi.
These women were incredible! Only 10 of the Nobel Peace Prize Laureates in the 110 year history of the award are women, and I met two of them. These ladies are amazing! I was thrilled to even be in their presence.
The whole point of the event was for the Peace Prize winners to go and get travel visas to Burma. They have both met Aung San Suu Kyi before (the leader of the Democracy movement in Burma, who has been under house arrest for 11 years, and also the only imprisoned Peace Prize winner in the world).
The embassy knew we were coming and locked up. Even though visiting hours were going on while we were there, the doors were locked. A bit later someone at the embassy even came out and put up yellow tape up in front of the doors.
Regardless of not getting in, these women proved their point. Numerous media organizations were there, so hopefully it gets some press. I was glad I went even though I was soaking wet. Last December and January I spent some time with the US Campaign for Burma at the Thai-Burma border. Their fight for their home is inspiring and I will continue to be a part of the Burma democracy movement as long as need be.
If you want to learn more about the Burma democracy movement, please visit: http://www.uscampaignforburma.org/
If you want to learn more about women who have received the Nobel Peace Prize, please visit: http://www.nobelwomensinitiative.org/ 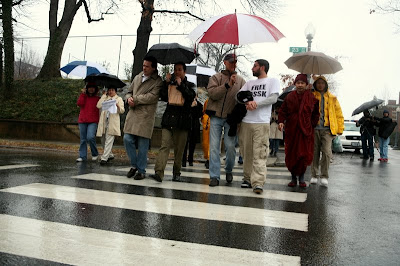 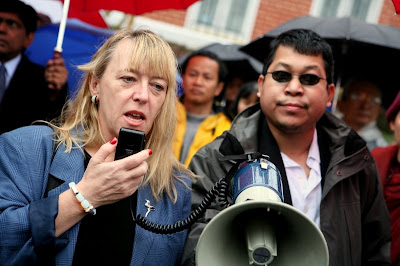 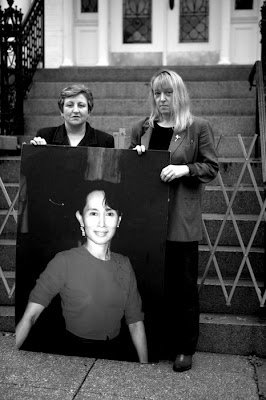 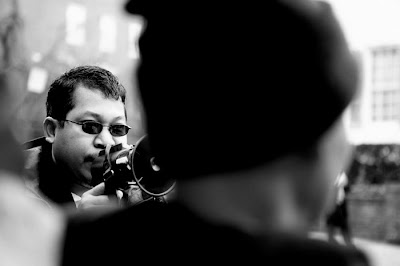 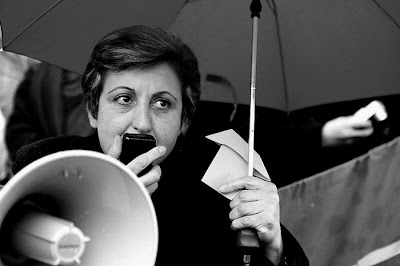