I feel like I say this every time, but, WOW… where do I begin?!
Ramona and Jimale had a fairytale of a day. It began with both of them getting ready in the bride and groom’s rooms at the lovely Newton White Mansion in Mitchellville. Jimale and his boys were all smiles and very laid back while they got prepared. Ramona was also very laid back, and was so beautiful in her dress.
They decided to do some of the pictures before the ceremony, so Jaime and I made sure they had a nice “reveal.” I think they both looked sooooo good! Then we got right to business, doing some formals with just the two of them and then some with family and friends.
Then the ceremony. This was definitely the most emotional ceremony I have ever seen. In fact, it was so emotional that *I* even cried! And as Jaime (and Kim) will attest to, I don’t cry at weddings- maybe because I am so into what I’m capturing, or maybe because the lens adds a filter.
Jimale handed his mom a framed photograph of his father to hang in his memory in the empty chair beside her. When he walked back up the stairs to wait for Ramona he began to cry. And it wasn’t long before I lost it. I tried so hard to fight the tears, and I decided that no one would see me anyway. But then here comes Ramona and her dad down the aisle, both of them crying! And there I went again. The rest of the ceremony was beautiful, and I loved watching Ramona and Jimale look at each other.
Then it was time to celebrate! The bridal party started everything off right by dancing their way into the reception. Then there was a tasty meal, cake cutting (pineapple cake, people! Amazing!), a bouquet and garter toss, and lots and lots of dancing. The afternoon ended with a bubbly goodbye and lots of friends and family wishing them well.
Ramona and Jimale– thank you so much for letting us be a part of your day. Have a blast on your honeymoon in Mexico and congrats on your new life together!
Great Vendors:
+Matter of Taste– Alicia Hall
+Events by B&B- Ronda Baker
+EA Video Productions– Edward Adamos 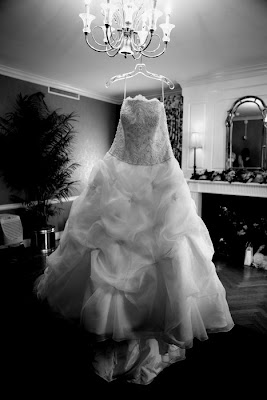 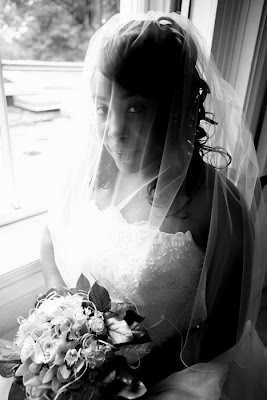 Ramona being her beautiful self 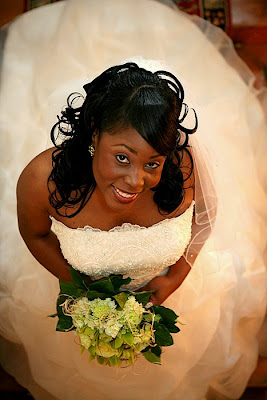 One last photo before she walks down the aisle 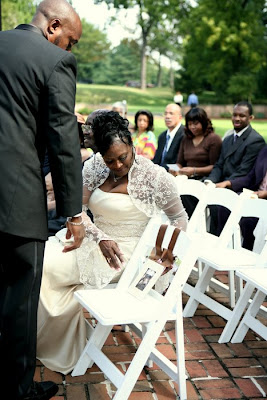 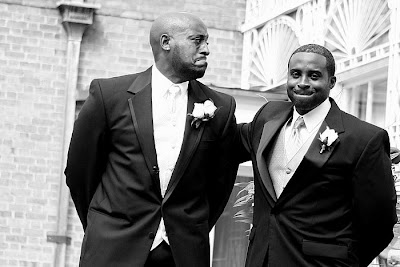 Jimale and his best man have a moment [the waterworks continue] 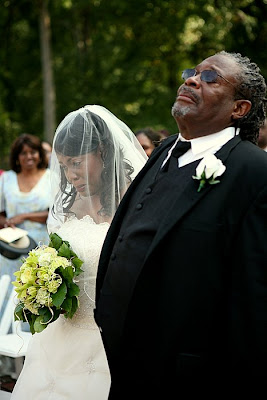 Ramona’s dad gets ready to give her away [OK, put a fork in me already…] 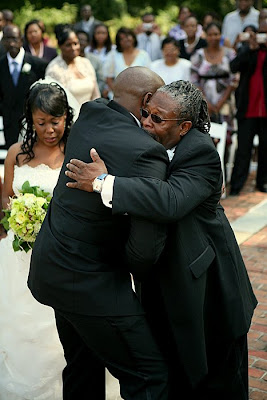 A hug between new family members 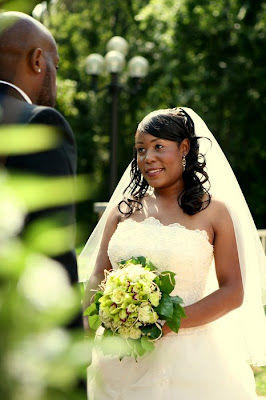 Big smiles all around 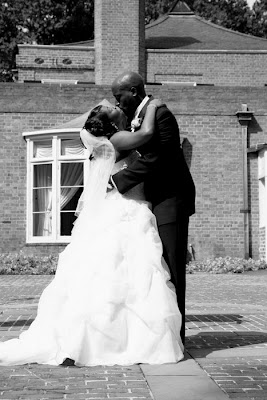 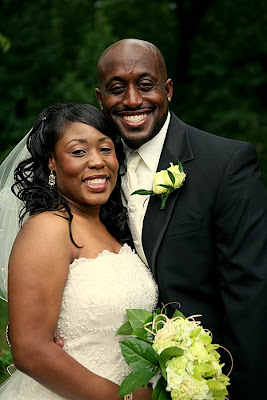 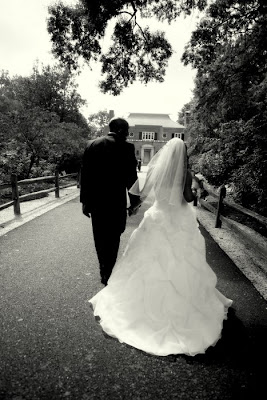 Walking back to the Newton White Mansion 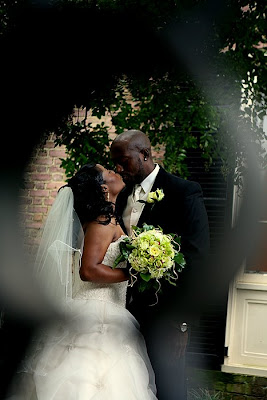 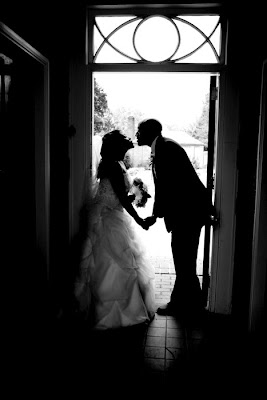 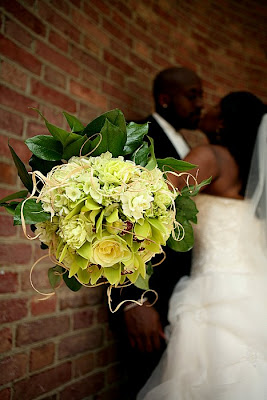 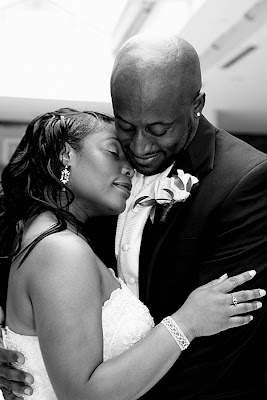 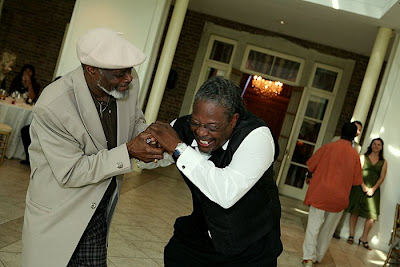 A fight over the garter- so hilarious 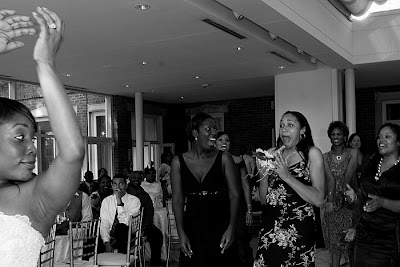 Someone was a little suprised to catch the bouqet! 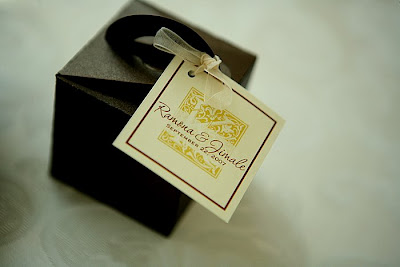 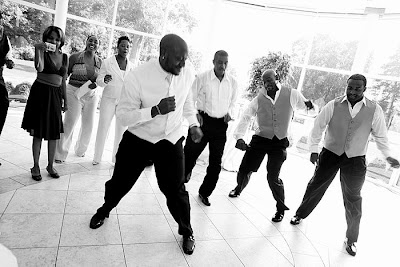 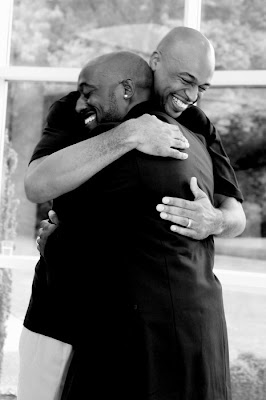 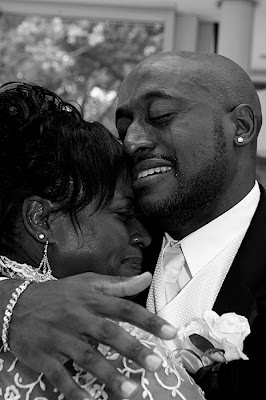 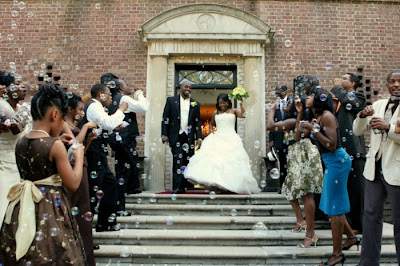